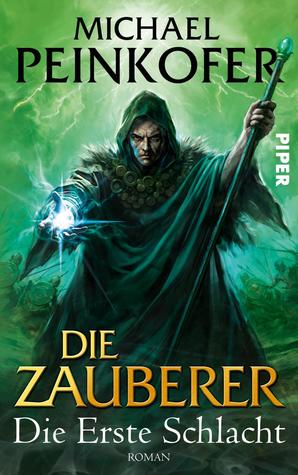 
My Review
This was a decent sequel to an amazing first book.
The book continues the story of Granock, Aldur and Alannah. Now they aren't novices anymore, after having completed their studies and believing that they have stopped the Darkelf from returning to life. But now there are rumours that the Darkelf is actually still alive and the three young magicians are dispatched to find hints.
I'm not saying that I didn't like the book. However, I definitely enjoyed the first book way more than this book. The first book was exciting to read, while this book was quite boring for half of the book. I really wanted to like this book as much as the other book. The first book was amazing on so many levels, this book was missing many important aspects though. The first half was lacking action, there was some kicking in during the second half. The humour was missing as well, which was an enjoyable factor in the first book. However, I still liked this book, even though it wasn't as great as its prequel.
The characters had a standstill and even a step back in their character development. Aldur went back to being plain annoying because he thought he was so high and mighty and above everyone else, including his best friend Granock.Granock was the same as before, although the epicness of his character was a bit toned down. I found that I liked Alannah a lot more in this book, because she seemed more like a real character.
Overall, the writing style did still make the book an enjoyable read, especially when the actual fighting started happening in the second half of the book and the tension was building. The first half was kind of a let-down after the awesomeness that was the first book.
Maybe I am rating this book a bit harsher than it is, but due to the first half of the book and the slight disappointment I felt because of it, I am giving this book 3 out of 5 stars.