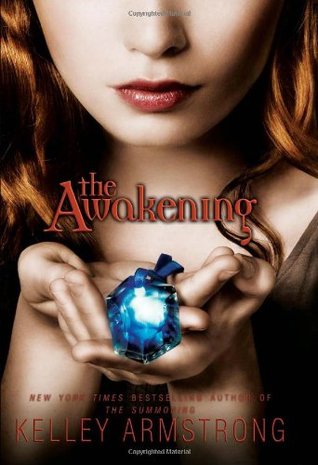 Book Blurb (From Goodreads)
Chloe Saunders is on the run
and raising hell. Literally. Chloe Saunders is not your average supernatural teenager. Genetically altered at birth by a sinister team of scientists, she can barely control her terrifying powers. Now the team that created her has decided it's time to end the experiment. Permanently.Now Chloe is running for her life along with a charming sorcerer, a troubled werewolf and a temperamental young witch. Together they have a chance for freedom - but can Chloe trust her new friends?

My review:
After reading the first book of this series and I could not wait to pick this one up so it was lucky that I had I propped up next to me ready to go as I was finishing the first one and I have to say that it did not disappoint and lived up to all of my expectations.
The plot in this book was set at a much faster pace which was what it desperately needed because so much happens to them. When we last see Chloe she has been taken captive by the Edison group and is trying to escape. It would not be a spoiler for me to say that she succeeds in doing so and seeing Chloe and her friends on the run was interesting. Kelley Armstrong didn't sugar coat life on the road and it felt and 'looked' like how you would imagine it to be, hard and un-glamorous.
We continued to see strong character development in Chloe. At the beginning of the first book she was kind of a bit too kind (if there is such a thing) and was not really ready to stand up for herself but as the book progresses she starts fighting back and in this book when she has come to full acceptance of herself and the world that she is apart of and starts to take larger risks and really puts her neck on the line for the people that she loves. Derek continues to be one of my favourite characters and we got to see a lot more of his back story in this book again which gave his character more depth.
All together I think that I give this book 4 out of 5 stars.

Posted by Elephants and Meerkats at 23:12