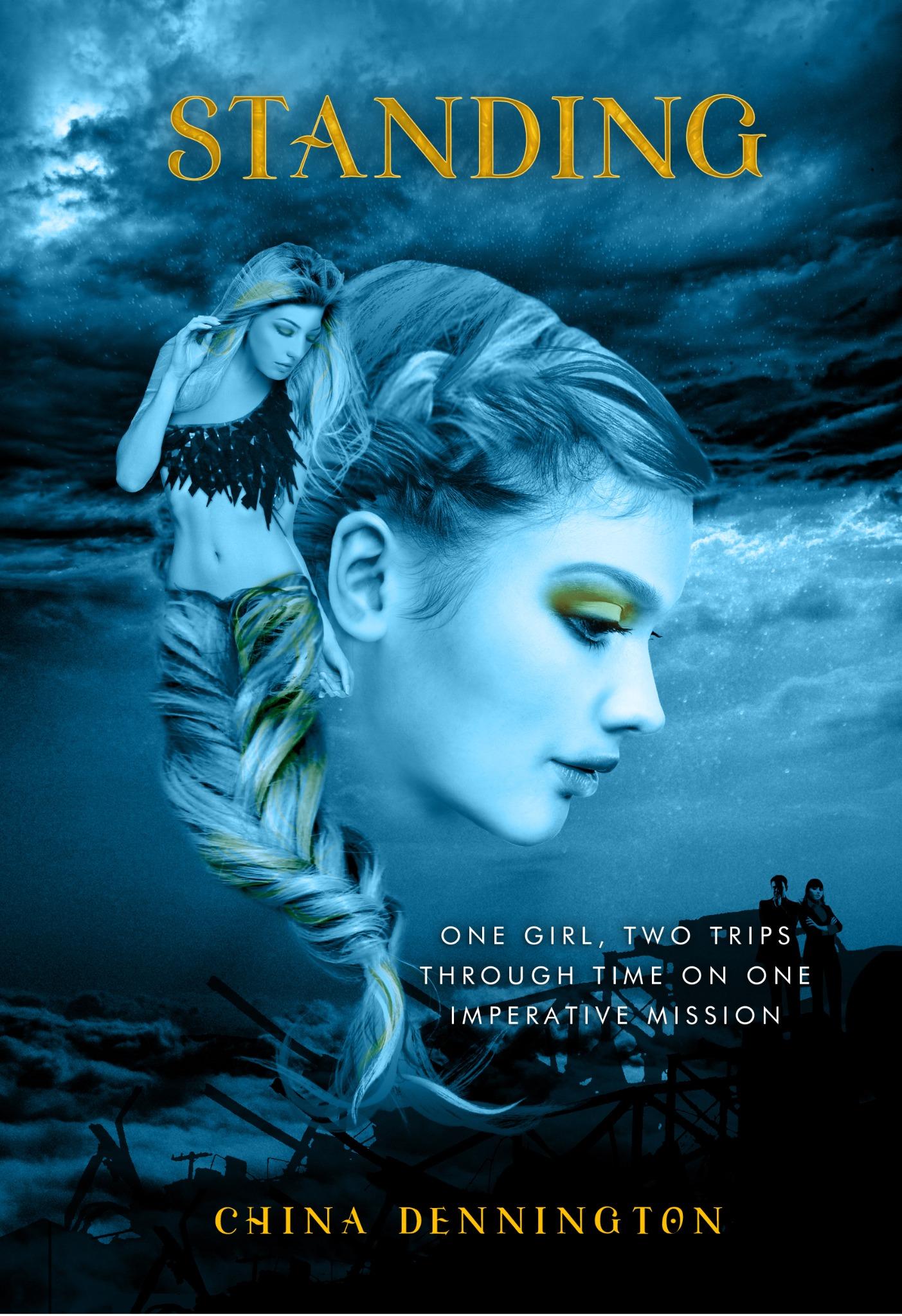 Standing (Book One of The Waterblaze Trilogy)

In fourteen-year-old China Dennington’s first novel, two future tyrants hold the world in an iron grip.
Humanity is about to meet its doom. An empathic girl from the past is called to action by a group of technologically advanced mermaids.

An apocalypse is coming.

Along with fellow time traveler, Force, she is sent to the future as the last hope for humanity. The stakes are high, the odds against her. Can she overcome her fears and step into her destiny? Can she lead a people to victory who lost hope long ago?

I enjoyed reading this book.
This book is written by a fourteen-year old author, which I found amazing because for someone of a young age to write a book is just awesome and amazing.
This book is basically about a girl, who has the perfect sequence of DNA and can therefore breathe water and therefore go to the underwater world called Dellinia, the home to mermaids. There she meets Force, another human with the same DNA sequence. The girl then finds out from the mermaids, that they can all time-travel, in a cycle called the Continuance. The mermaids can travel 20 years into the future, while the humans can travel 200 years into the future. The present mermaids got a message from the future, that the end of humanity and Dellinia occurred. So, Force and the girl have to travel to the future to prevent it from happening.
I found, that the plot of the book was well developed because everything happened in a logical pattern. The characters were interesting and easily likable.
I think that the beginning of the book could have been developed more because almost all the information about the girl was told within the first page, which might be a bit too much to remember. I liked though, that the name of the girl wasn't told until the end of the chapter, the reason why I am withholding her name now. Also, there was a special type of connection that was missing at the beginning. The reader wasn't pulled immediately into the story because instead of stating the obvious, there is also the possibility that you can describe the scene and the facial expressions of the character. Besides that, I just thought that during the beginning of the adventure, there were too few conflicts which were solved too easily.
I liked the idea of the story, it is original. Later on in the book, the writing style developed and it was very interesting to read. I really liked the ending of the book and the plot definitely made up for the beginning. I give this book 3 out of 5 stars!

China Dennington is fourteen and loving it. With her first book out and several more on the way, she is very excited to share her work with the world. She loves Star Wars, Pride And Prejudice, and her little brother. She is passionate about God and upholding women's rights. To keep up with her newest releases follow her at www.ChinaDennington.com