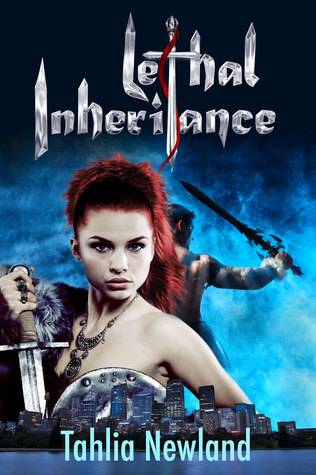 Book Blurb (from Goodreads):
A scream pierces the night. Ariel jolts awake and watches in horror as demons drag her mother into a hidden realm. She finds help and sets off on a rescue mission. But to defeat the demons, who feed on fear and seek to enslave the human race, she must learn a secret esoteric wisdom to awaken the dormant, but potentially explosive, power of her mind.

Walnut, a quirky old wise man, guides her through treacherous inner and outer landscapes, and Nick, the powerful Warrior who travels with them, proves a dangerous attraction. Can Ariel defeat the sadistic demon lord before he kills her and enslaves her mother?

The stakes are high, death a real possibility. Fail now, and she fails humanity.

An interesting book, which I was fully prepared to enjoy.
This fantasy book revolves around a girl names Ariel who lives a seemingly normal life. That is, until her mom, Nadima, gets kidnapped by demons and Ariel has to set out on a journey to kill the Master Demon, Rasama, to free her. Ariel has to undergo severe Warrior training in the hopes to defeat Rasama. She is accompanied by Walnut and Nick, who is a Warrior.

I really wanted to immerse myself in the story... But I couldn't. Don't get me wrong, I did enjoy the book when I was reading it but it didn't captivate me and make me want to continue reading it. Part of the reason was probably the content of the story. The plot is normally fast-paced but there were parts where is went turtle-pace because Ariel was learning how to be a Warrior and had to learn how to control her mind. Walnut would then have a long conversation with her about the mind and become a bit philosophical about it. There was also a big information dump near the beginning. I couldn't remember the different demon types and had to check back several times to understand what kind of demon Nick and Walnut were talking about.
The perspective sometimes shifted from Ariel to Nick and back again. I didn't like Ariel as much as I should for a main character. She seemed really petty throughout the entire book and had a huge problem with her emotions as well. Nick was alright though, he was a bit cocky at first but then I became more interested to his character and especially his backstory which still remains a mystery. I think that Walnut bay be my favourite character in this book because he was really random and had a  wry sense of humour.
I thought that the book was really enjoyable to read but it wasn't captivating. I never really felt the urge to continue reading and find out what would happen next. I couldn't also really connect to the characters and was even a bit annoyed by them at the beginning.
Overall, I give this book 3 out of 5 stars!