Book Blurb:
A Dangerous Secret
In fiery redhead Stella Stonewall’s new world magic and shape-shifters are everyday life. Scales, sorcery, shifters—no big. Stella has learned she’s not only descended of dragons, but of powerful skin changers. She struggles to keep this rare form a secret, even from her closest friends.

A Bitter Betrayal
Stella turns to her mentor Rowan Gresham for help. The charming but enigmatic Gresham forms a plan to improve her troublesome public image. The problem? The plan revolves around betraying the only family she has left.

A Potential for Something Real
When Gresham’s motives come into question Stella must rely on the new friends she’s made at a college for magical shifters. The feral bunch helps set Stella’s inner beast free. As these friendships flourish, so does the magnetism she’s always felt toward fierce and noble Ewan Bristol. But it’s so strong it threatens to overwhelm her.

Can Stella afford to open her heart now, when her entire future’s at stake, or is it bolted shut for eternity? 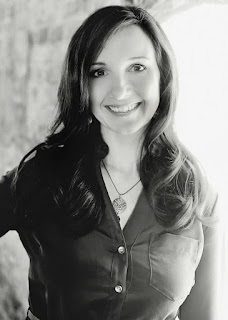 About the Author
Though she grew up on a working cattle ranch, Jen Crane has been in love with fantasy and science fiction since seeing a bootleg tape of Quantum Leap in the 90’s.

She has a master’s degree, and solid work histories in government and non-profit administration. One day, though, she said, “Life's too real for nonfiction. I’m gonna write about love and magic.”


Jen is happily living out her dream in The South with her husband and three children, striking that  delicate balance between inspiration and frustration.

Here is an excerpt:
Chapter 22
Loryn had recommended a place in town that hosted local musicians on Saturday nights. Ewan assured me he and Boone would be long gone by then, and we could have all the fun we could stand without fear of bumping into them.

It was clear an hour and a half into the night what Timbra’s intention wasobliteration. I couldn’t blame her, really. She’d been nursing a dreadful heartache. And I knew as well as anyone the driving desire to be rid of the oppression of loss and sadness.

The band was surprisingly good, and when they played an upbeat song Timbra yanked me up by the arm.

“Hey,” I warned a lanky guy whose hips seemed to move on hinges, “Were your parents octopi or something? Keep your hands to yourself!”

He smirked, mitigating any handsome that might have been found in his face. “She’s not complaining,” he said and popped Timbra soundly on the ass. “You’re the only one here with a problem.” He turned from me, dismissing me well before I was through.

“Listen, asshole,” I yelled to be heard above the music. “She’s had too much to realize what you’re up to. But I haven’t. You and her,” I flicked my finger back and forth between them, “not happening. She’s in love with someone else.”

“I’m not looking for love, darlin’, just a little lovin’.” He was behind Timbra, and banded one arm above her chest, the other at her hips, and pulled her tightly into his body. He stuck his head to her hair and breathed deeply before lowering his mouth to the back of her neck. He stared at me as he pressed his lewd lips to her, daring me to do something about it.

I was steaming mad. At him. At his audacity. And furious with Timbra for getting herself into the situation. I had just lifted my hand to snatch her from his grubby tentacles when I heard a growl from the door so low and menacing it made the hair on my arms stand up. The warning was audible even over the music, and every eye in the place shot to the door.

When I saw what stood at the bar’s entrance I gasped and involuntarily stepped away, though the beast was nowhere near me.

A vicious dog the size of a sofa stood nearly to the shoulders of the people at the bar. Even in the low light I could see that its golden hair was ruffled at the neck, a clear indicator of its intent to attack. Those closest to the beast scrambled away, clearing a better line of sight. Some crazy person approached the maddened dog, and I shook my head back and forth, silently willing the person not to go near it.

Surprise suffused my spine like I’d suffered an electric shock. The person approaching the beast was Ewan—which meant...the beast was Boone.

The dog stalked toward us, his rumbled growls growing more ferocious with every pace. When Octoman finally realized he was the one in the dog’s sights, he threw his arms away from Timbra so dramatically it was almost comical. Almost. The palpable pull of imminent danger sucked any humor from the space.

Boone’s wide snarl revealed pointed teeth the size of small daggers. My every instinct told me to run. Instead, I grabbed Timbra by the bicep and threw her behind me. I’d never been around Boone’s animal form and he looked violent as hell. I feared Timbra might bear the brunt of his fury. He was intent on Octoman, though, and I breathed a little easier.

The dancing idiot had the nerve to smirk again. To taunt Boone. “She wasn’t complaining.”

Boone roared with fury, deafening those of us closest to him. It scared me. I admit it. I began backing away and took Timbra with me. Timbra, who at that point decided to clue in to her surroundings.

“Boone Adder,” she admonished. “Stop barking, for gods’ sake. This is none of your concern.”

His eyes widened with outrage before he uttered a nearly imperceptible, “You. Next.”

Ewan had positioned himself between Boone and Octoman. Not his most brilliant move, in my opinion.

I shook my head in disgust. I knew what came next. The guy was an obstinate fool. He might just deserve an ass whooping, I thought.

With a powerful thrust from his back legs, Boone launched himself toward the guy, managing to knock both Ewan and Timbra to the side.

Boone had Timbra’s suitor pinned for three seconds, snarling wetly in his face before Octoman changed—not into an octopus, as I’d imagined—but into some sort of half-crocodile, half-human combination. He used a thick armored tail to knock Boone off him, then bolted upright on stumpy legs.

His face, which had looked so natural in a snarl, elongated to house a fearsome row of jagged teeth. He snapped them with force, and the crowd erupted in a mass exodus from the bar. I looked to Ewan to see what we could do. Timbra still lay on the floor, watching in awe as the two predators circled each other. Searching for a weakness. Readying to attack. Ewan shook his head at me in a direct warning to steer clear. I was on board with that program. Getting between those two seemed a good way to lose a limb.
Posted by Angelina S at 04:59