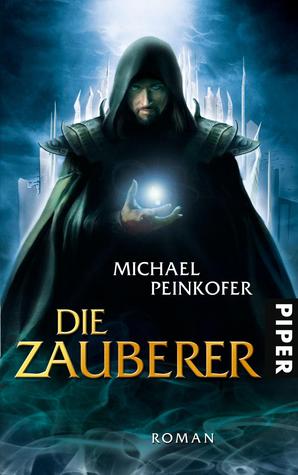 
My Review
This book is amazing! I was breezing through it!
I picked this German book up because I wanted a change from the ton of English books I was reading at the moment and am I glad that I did. This fantasy book takes place in a world called Erdwelt (or in English "Earthworld") where elves are the dominant species and superior to the humans. When some of them have a magical gift, they have the opportunity to train in Shakara to become magicians. This story is following three different novices: Granock, the human, Alannah, an elf, and Aldur who is also an elf. We follow how they struggle through the apprenticeship while dark forces are stirring in Erdwelt.
I absolutely loved this book. It may look intimidating at first because it is really thick, but I read so much in one day, that I didn't notice how much I have actually read. I breezed through the entire book and enjoyed every second of it. The balance between speech, description and action was perfect. The characters were lovable and I found myself hating the villains with a passion. I got really into reading this book and wanted to know what would happen next.
First of, I want to say that there are a LOT of characters in this book. At first I was overwhelmed by the different names and the characters' jobs and titles. I was really glad that there was a list with all the characters at the start. Besides that you really get to connect with the characters. When you keep on reading, you remember the different characters anyways and I immediately chose my favourites. Granock was one of my favourites and he is also the main protagonist. He has a crude sense of humour which I found amusing and he also undergoes immense character development. Alannah was nice but I never really felt like I understood or connected to her because she was a bit too nice and good to be true. I hated Aldur with a passion halfway through the book. But then he goes through dramatic character development which turns him from an annoying, arrogant brat to a purposeful, understanding young man. Another one of my favourite characters would be the magician Farawyn, Granock's master. I just liked him for some reason, his conversations with Granock while training him were always very interesting.
I loved the subtle humour in this book. It was obvious how much work the author put into creating such a complex world even with their own language and culture. I found it a bit annoying always having to have to flip back and forth between the pages to understand the meaning of the words, but after a while I started enjoying it. I was really impressed, that the characters and the world were so 3 dimensional.
In conclusion, I absolutely loved this book. The characters and the world were very detailed and the plot was also exciting and eventful. I give this book 5 out of 5 stars!