GOAT CHILDREN
A young adult novel with a touch of fantasy, love, and imagination versus reality. 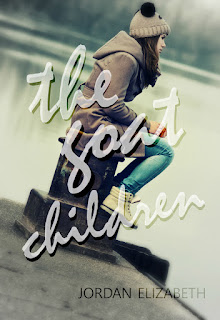 Book Blurb:
When Keziah’s grandmother, Oma, is diagnosed with dementia, Keziah faces two choices: leave her family and move to New Winchester to care for Oma, or stay in New York City and allow her grandmother to live in a nursing home miles away.

Angelina:
Wow, this book was like an emotional roller coaster.
It was amazing. While I was reading it I thought that this was a good book, that I would rate it around 4 stars. But, boy, I didn't expect that ending. I probably should have, but it made the book so many times better.
It is the story of a girl called Keziah, whose grandmother was recently diagnosed with dementia. Keziah's family wants to put her in a nursing home, but Keziah spoke up and volunteered to live with her grandmother and help look after her because she wouldn't be happy in a nursing home. And then we follow Keziah in her undertaking of caring for a grandmother, who changed because of her dementia.
This book had so much emotion in it. I loved the fact that the author could write with such obvious feeling and convey the emotions as if the reader was experiencing it all for themselves. The beautiful writing style was really concise and short, and yet so much was still conveyed to the reader.
The hint of fantasy made everything so much more interesting. Mostly it is a contemporary book and dwells almost entirely in the real world. That would have been completely fine with me because the book itself was already very interesting. There were a lot of plot twists in the real world, that made it interesting enough to read. I predicted the big plot twist at the end, but it was still satisfying to read that I was correct. The fantasy element made everything even more mysterious though, which added to the amazing ending of the book. The interactions between Keziah and her grandmother were kind of sad to read, especially when they were then followed at the end of the chapter with thee memories of Keziah as a little kid, interacting with her grandmother. In those precious moments I could clearly feel how much Keziah cared for her grandmother.
Honestly, sometimes I was kind of frustrated with Keziah's behaviour. It was understandable, after all, her grandmother was changing for the worse right before her eyes. But it was kind of frustrating at times to see her lash out at people and push everyone else away just because she was having trouble at home. Like I said, it's understandable because its stressful for her, but it just became too much for me I think.
The last couple of chapters of this book were probably the best. I loved the fact that the ending was left ambiguous; the reader doesn't know for sure what happened. This links back to the fantasy factor of the book, because the fantasy isn't very prominent, which causes the ending to be ambiguous.
Overall, the ending definitely took the win for me. This book told a story that will certainly hit close too home for many people, enabling them to empathize with Keziah's struggle. I give this book a solid 5 out of 5 stars! 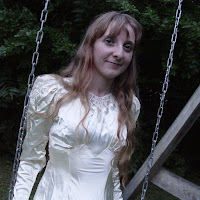 Jordan Elizabeth, formally Jordan Elizabeth Mierek, is known for her odd sense of humor and her outrageous outfits.  Surrounded by bookshelves, she can often be found pounding away at her keyboard – she’s known for breaking keyboards, too.  Jordan’s young adult novels include ESCAPE FROM WITCHWOOD HOLLOW, COGLING, TREASURE DARKLY, and BORN OF TREASURE.  GOAT CHILDREN is her first novel with CHBB.  Her short stories are featured in over twenty anthologies.  Check out her website for bonus scenes and contests.
#
Posted by Angelina S at 16:07