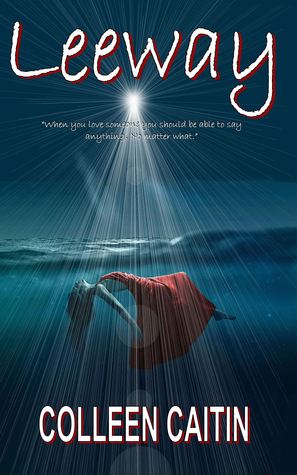 Book Blurb (from Goodreads):
“Ye know sometimes people wanna tell ye how they feel, but they can’t.”
“Why not?” I ask sadly.
“Because they are afraid of what ye think about them.”
“When you love someone you should be able to say anything. No matter what.”
“Yeah, that’s the theory…”

What happens when a very young and charismatic pirate captain meets an unbelievably annoying and bitchy princess? All hell breaks loose!

Captain Lian loves the sea and the life he built for himself. No rules. At least he did before he ended up with the youngest daughter of the King on his beloved ship which couldn’t be more problematic. Everyone knows that a girl on board of a pirate’s ship brings bad luck!

Now he has to figure out how to get rid of her as soon as possible without incurring the King’s wrath on him and his crew. Easier said than done. While facing one heated argument after another with the royal pain in the ass, it turns out the captain and the princess have more in common than they would like to admit.

As both of their lives start to fall apart they see themselves making choices that could change their lives forever.

If you look at certain passages in this book, it was a pretty philosophical and emotional read.
The plot of this books circulates around the main protagonists Pirate Captain Lian and the Princess Mila. Basically, Lian is living the life on the seas, that is until he fishes out a certain princess out of the ocean. Then we get to see their relationship progress from there on. As legend has it, pirates believe that a girl on a ship brings bad luck. So, Lian of course tries to get rid of the princess but he doesn't want the king to get angry at him. I said earlier, that the book might be philosophical at certain parts because this book is also focused a lot on the idea of acceptance. To accept someone just the way they are and to live your life for yourself.
All of the characters had an interesting back-story. Lian wasn't originally born to a family, which had a lot of connection to the ocean. His family was poor and he had to steal so that they can eat. I will not talk much about Mila's back-story because it is told near the end of the book and part of the fun is to find Mila's story. I will just give the basic information: Mila is the second daughter of King Aaron. Mila's sister is called Lila and she is the perfect girl, everyone likes her. Mila feels attention-deprived and lets a dirty rumour about herself circulate so that her father finally notices her. The rumour is, that Mila slept with several men.
I think that the writing style kept this story going. It has something to it, that makes you want to continue reading. I think that the depth of the plot could have been more defined and developed, because everything was pretty straightforward and simple. Which is alright, but I did wish for a bit more complexity. The story is told out of two switching perspectives, Lian's and Mila's. These perspectives are told out of the first person, which probably makes you relate more with the characters and their emotions.The writing style changed for each character, for Mila it was very sophisticated-sounding. Lian, being the wild and pirate-y type, swears a lot in thoughts and in speech. Personally, I do not swear but I normally don't complain when other people swear. I just get uncomfortable reading swear-words because I read the words aloud in my head. That was a downside to the writing for Lian. Otherwise I liked it.
I expected the climax to be longer and more dramatic and the plot was simple enough, but it enjoyable to read. I think that I give this book 3 out of 5 stars!