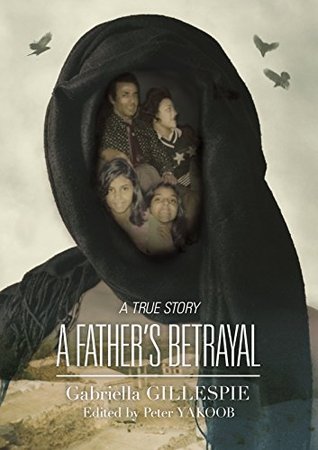 Book Blurb (from Goodreads):
Muna and her three sisters were happy children, growing up in Newport South Wales with their English mother and Arabic father. But in 1972 her mother disappeared, setting in motion a chain of events which would forever shatter her seemingly loving family.

Here is an interview with Gabriella Gillespie. Enjoy!

1) What inspired you to become an author?
My inspiration for becoming an Author was to highlight the plight of child/forced marriage. I felt it was important for people to know the truth about what really happens to young girls and women when they are sold to men as wife's. Many people believe this was a tradition that happened centuries ago and no longer exists in our time, or at least people didn't believe these things happen to British girls. I also hoped that telling my story would encourage and give hope to other victims and survivors to speak out and seek help.


2) What books impacted your life the most?


Sold by Zana Muhsen was the book that had the biggest impact on me. Maybe it was because I believe I met her or her sister in Yemen but couldn't be sure because of our circumstances. Her life story is very similar to mine so I could relate to everything she went through.

3) What was the most important thing you have learned from writing this book?


One was that my readers would have liked an epilogue chapter, this was mentioned a lot on my reviews. I've also received hundreds of messages on my social media pages from people who want to know more about how my family are doing now. Another thing I've learnt is that if I write another book I need to be more aware about the editing, this seems to be the only criticism of my book.

4) What was the hardest part of writing this book?


Having to remember some very painful memories that I tried for so long to forget. Especially my eldest sister Ismahan - or Issy as we called her- who was sold alongside me as a child bride in Yemen.For a while, we lived with our paternal grandparents in a village near the city, learning Arabic and to wear the body-covering abaya - a garment neither had donned before. Six months after they arrived in Sana'a, our father announced that Issy would marry a man of 60, who already had a wife and children older than she was. The impact was devastating. Despite her repeated refusals and desperate protests, our father insisted she would marry. On the day of her wedding, rather than marry the grandfather chosen for her, Ismahan killed herself by throwing herself off the roof of her fiance's apartment block. However, as painful as the memories were and still are I needed to tell to see my story through and gain justice for my mother and sisters and even for me not to mention further the cause to raise awareness for the atrocious reality of child brides. The book is in memory of my family and in aid of those women who find themselves in the same situation.

5) What are you working on now? What is your next project?
I've had so many requests for a second book so I’m really thinking about writing that. In the mean time my charity work keeps me very busy.


But at the moment my priority is my continued work alongside many NGOs in highlighting child/forced marriage by doing public speaking at their events/conferences. I speak with, and on behalf of survivors so that our stories and voices don't go unheard.


I've written for online publications such as "Words in a bucket" http://wordsinthebucket.com/letter-from-a-child-bride and the NGO where I am now on the board of advisors  "Too Young to Wed"  http://tooyoungtowed.org/blog/child-marriage-survivor-pens-letter/ .

And I have helped campaign to change the Violence Against Women, Domestic Abuse and Sexual Violence (Wales) Act 2015 which is where I was born and my family lived for much of my life until everything changed which is also why I help organize the annual International Women Day events in Wales.

I was also surprised and humbled to win the Emma Humphreys memorial prize 2015 for my campaigning through writing http://www.feminisminlondon.co.uk/emma-humphreys.

Angelina: This was  a truly hooking book and I loved every single page of it. The author pulls the reader into an emotionally-laden story.
This book is actually a true story, narrated from the author as a little girl, Muna, when she was ripped away from her family by her own father and kidnapped along with her sisters to the Yemen. There she was sold as a child bride and we, the reader, follow her on her journey as she fights for her life and the lives of her children.
It was a harrowing tale, written with a beautiful writing style. I started this book knowing that it was a true story and harsh treatment of the sisters was to be expected from the book blurb. However, I wasn't ready for what I ended up reading. Everything that could have gone wrong for the girls, happened and the saddest part, was that all of them actually happened. I found it amazing, that the author was able to convey so much feeling, making the reader feel sad. The descriptions were also short but very efficient in describing thee scene to the reader. Even though I don't know what its actually like, I felt like I could imagine how the places described in the book looked like.
I couldn't put the book down. It was captivating to read. I was just sitting there, going onto the next page and then the next, I had to continue reading. When I finished it, I kept on thinking about what Muna had to struggle through and how the book ended.
I also wanted to conclude this review, by saying that I greatly admire the author. It takes immense strength to survive and endure through all of the hardships she had to suffer. She managed to endure through all of the abuse and came out with an unbroken spirit and the will to help spread the word to save others from the same fate. So many people would have given up only a couple of months after the abuse started. It is also admirable, that she dug through all of her memories, including painful ones, to tell her story and spread the truth about child brides.
This book was unique and beautifully written. I couldn't put it down and always wanted to keep on reading. I was hooked from the very first page. I give this book 5 out of 5 stars! 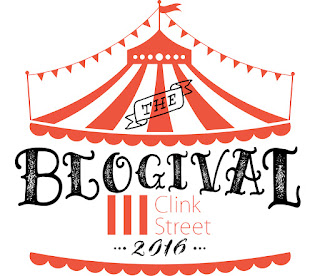