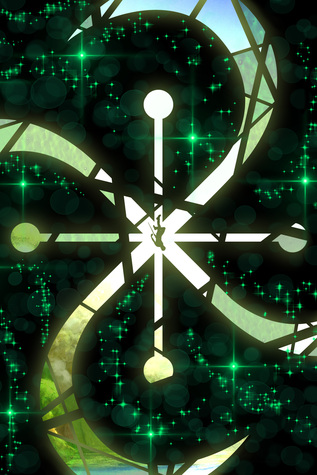 Book Blurb (from Goodreads):
Greyson is a green-eyed misfit. Teased all through his childhood for being some sort of demon, the only kid without brown eyes. Now 19, Greyson travels to the Kingdom of Viæden, an ancient and secluded realm where trees grow to be seven miles tall. And there, he discovers his eyes mean that he is a vertui: something more than human, destined to play a major role in the fate of the world. But will it be for good? Or evil?

An interesting book with an occasionally dragging plot.
This fantasy book revolves around the two heroes Greyson and Tay who want to be the Royal Guards to the King of Viaeden. Greyson accidentally releases a monster, Stiqula, that has terrorized the land for a long time. Now Greyson has to step up to his destiny and try to beat the Darkness.
I did enjoy reading this book, some parts were exceptionally well-written but some other parts seemed like a chore to read. This book was divided into three parts. I really liked the last part, but the first part, the beginning, was really confusing at first. I didn't know what was happening and I had a lot of trouble connecting with the characters. I also thought that the talk about light and darkness in Greyson's heart was a bit too excessive and repetitive.All the discussion about that made the plot drag a lot.
The characters had absolutely different personalities, but I couldn't connect to them most of the time. I definitely liked Greyson more than Tay because Greyson was more responsible and not always joking around. Tay hardly ever took anything seriously and acted kind of childish at times but during the last, action-filled part I enjoyed reading from his perspective more. My favourite character was definitely Stiqula. His perspective, his goal in life was so depressing and plus he was the bad-ass villain, which made him awesome. I think, that I could understand his feelings and reasons partially for wanting to destroy the world (but only partially!). When the story was also written partly out of Stiqula's perspective, I absolutely loved reading it. I feel a bit conflicted about the king. Geoffrey Storm made him a very good character with a very distinct personality. But the king is very stubborn and only sees what he wants to see.
The writing style was mostly alright. The best part was when there was a lot of action happening. I found that the second and third parts were alright but I thought that the swearing kind of destroyed the mood and atmosphere. Since this book is taking place in the 14th century with super-technology, I didn't expect the characters to swear because at the beginning I felt a magical and almost ancient atmosphere.
Overall, I did end up enjoying the book after the first part, but it took me way too long to connect to the characters and the atmosphere was kind of destroyed with the swearing. I give this book 3 out of 5 stars!