The Changeling by Helen Falconer 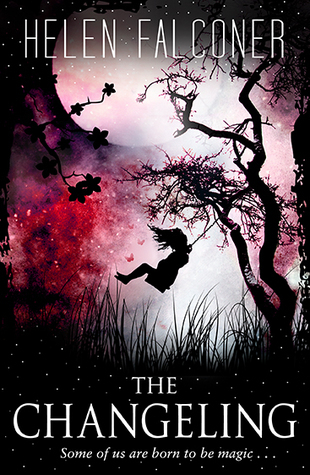 Book Blurb (from Goodreads):
Some of us are born to be magic.

Aoife is an ordinary teenager, hanging out with her childhood friend Carla, putting up with school. The worst she has to contend with is that the boy of Carla’s dreams is trying to get off with her instead.

But then, after chasing a lost little girl no one seems to be able to see, Aoife starts to develop mysterious powers. Eventually her parents confess that she isn’t their real daughter. Their human child was stolen by the fairies, and Aoife is the changeling left behind in her place.

Shocked and disorientated, Aoife turns to Shay, the taciturn farmer’s son who is the only person who might believe her story. Together, they embark on a dangerous journey, which takes them deep into the underworld and changes everything they thought they knew about fairies.

A book that definitely kept me reading. (And look at that cover, it looks gorgeous!)
The Changeling is taking place in a village in Ireland called Kilduff. The 15 year old Aoife is living happily with her parents until she finds a heart-shaped gold locket with a picture of her parents and a baby. Soon she sees a little girl running on the bog that no one else can see. And that is when her life goes crazy.
I was intrigued by the book blurb, because I almost always read fantasy books. This book is divided into two parts. The end of the first part was announced by END OF BOOK ONE. At first I was really confused, I was starting to think, that In was reading a combined set of books until it dawned on me that they were parts. The world-building was done alright, but I found it a bit slow because Aoife was so stubborn. She drove two and a half kilometres on a bike in two minutes (twice!) and she thinks: "No, the timer on my phone must have been wrong twice. I don't have any superpowers. "Of course its understandable that she doesn't believe it at the start, while the reader knows what she is already, that's why it was slowly getting a bit annoying. Afterwards though, the action was really well written. Aoife slowly discovers herself while trying to avoid near death experiences. The story was flowing well and it became more exciting to read.
Aoife was an interesting character. She is caring, stubborn and very selfless. First I found her kind of childish, especially when she was texting with her best friend, Carla. But then I started liking her more and enjoyed reading the rest of the book out of her perspective. While I didn't have a character I was particularly attached to, I think that Caitlin was a pretty queer character as well as probably my favourite. She has an interesting back story and therefore a massive mistrust for other people. She does criminal things like stealing and then when she is caught, she tells everyone in her group that she didn't do it or else they would get beat up. Caitlin was very annoying at first, especially because she was skeptical of Aoife and Shay. But then I found it funny how she was treating Ultan and that she always insisted, that she didn't like something and wasn't scared of it.
It took some getting used to the writing style. I got a bit irritated at the beginning because when the characters talked, then their sentence structure was something like this: "I just wanted to ask are you coming?" I realized soon enough, that a double dot should have been somewhere in the sentence. But once again, I got used to it and then the story flowed really nicely. I always wanted to know what happened next, good suspense was created.
Overall, I really got to enjoy reading this story and loved it. I give it 4 out of 5 stars!