The Cortlandt Boys by Laura Vanderkam 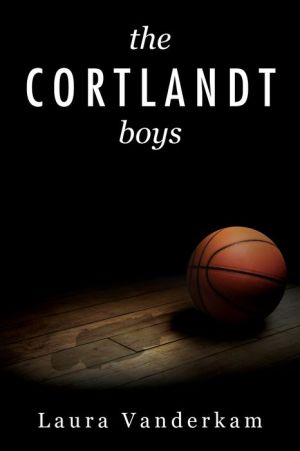 Book Blurb (from Goodreads):
A small town high school basketball team wins the Pennsylvania state championship with an improbable last second three point shot. The Cortlandt Cavaliers celebrate their unlikely victory, but good fortune changes the boys’ worlds in unpredictable ways. This story revisits the characters 10 and 20 years later as the ramifications of their youthful success play out over the course of their lives, forever linking them and the people around them to this little town that has its ways of not quite letting you go.

Wow, I really didn't expect this book to be this awesome.
OK, so the basic plot of the book: in a very small town, where everybody knows each other. During winter time, the basketball championship was going on.  The Cortlandt basketball team called the Cortlandt Cavaliers made it into the finals and had to play against the Harrison Warriors. It was a close game and the Warriors were in the lead. Then, miraculously, the Cavaliers made a last second three-point shot and they won by one point. Then all the boys in the team were known as the Cortlandt Boys. The story is talking about how the boys evolved after having wonn the basketball championship.
The book is divided into four different parts. The first part is the prologue told by Max, in 1993-1994. The next part is ten years later in 2003-2004 again told by Max. Part three is told by Janie in year 2013-2014. The epilogue is told in Janie's perspective in year 2014.
I really liked Max's perspective. I don't know why, but I felt a kind of connection to Max, which I didn't feel towards Janie. I think this is because I liked the plot more during the first half of the book because there was more mystery and you kept on wondering what the meaning of the actions of the characters were. I also liked Max's personality. She is very curious, active, ready to help, cheerful and generally has a positive attitude. She looks towards the future, wanting to do something with her life, in comparison with the Cortlandt Boys, KC, Lawrence, James, Mickey and Leroy. They seemed to be stuck in the moment of their victory and they didn't really seem to care what they do with their lives. When Max came back to Cortlandt, I felt sorry for the boys and also a bit nostalgic when Max described Cortlandt as timeless.
The writing style also somehow made me want to continue tearing through the book. You instantly had a connection to the characters and the book.
I was a bit confused at the beginning though because there were so many characters introduced at once because there wasn't any world building needed, that I had to check many times to refresh my mind who was who but I got to know all of them well enough later on. I also didn't know any basketball terminology, but I slowly got the hang of it.
I really loved this book, it is definitely worth reading. I give it 4 out of 5 stars!