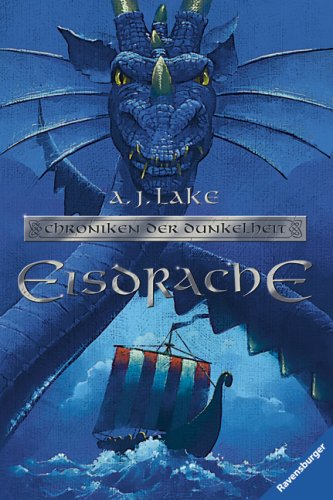 (English)
Edmund, a king’s son in disguise, and Elspeth, a sea captain’s tomboy daughter, are the only two survivors of a terrible shipwreck. They just want to go home, but fate has other plans as they are drawn into the fight against an evil warlord terrorizing their homeland. Accompanied by a mysterious minstrel and haunted by magical powers they did not seek, Edmund and Elspeth journey across a savage land of wild boars, fierce rogue knights, and black magic. Fantasy fans will devour this dramatic tale of mystery, wonder, and the power of friendship.

My Review
This book is just plain amazing. It is super creative and there really isn't much to say except that it is so cool. It has an amazing story line and everything gets explained in such a fine manner, that you understand every magic or abnormal object and event. It may be German, but it is an awesome book. I really liked, that it is a part historical book, with magic and a bit of religion mixed in it.
The characters were also pretty unique, like Adrian/Edmund was a bit snobby at the beginning, but then he turned into a caring person who would do anything in his power to save his friends. Elsa/Elspeth also had an interesting background and she was a tough girl, who could withstand mental and physical torture.
Again, I must admit that my favourite character was Lord Orgrim, the evil guy. His story is very interesting and I like that his personality is so mysterious. By the way I found out that this book is also in English. I give this book 5 out of 5 stars!